Available as an ebook

The book’s primary intention is to serve as a roadmap for professionals working in developing countries interested in the Nexus Water-Energy-Food-Ecosystems (WEFE) approach. The book shows a multi-disciplinary approach, showcasing the importance of the proper use of Nexus WEFE when implementing certain development programs in regions around the globe. It can be presented as a manual for an individual that either wishes to implement intervention projects following the NEXUS approach or students interested in cooperation and development. The book begins with a general explanation of the theoretical concepts and implementation processes of Nexus WEFE and continues with case studies, explaining the importance of proper implementation and potential drawbacks and solutions to them. This book has a particular focus on the European Union cooperation policies when implementing such an approach in developing countries. 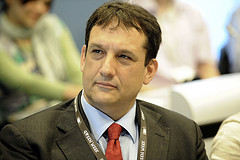 César CARMONA-MORENO obtained a PhD in Computer Science and Applied Mathematics in 1991 from the National Polytechnic Institute of Toulouse (France) and was awarded the Léopold Scande prize for the best research thesis. In 1993, he received the Nature Prize for the best publication of the year for his publication on SAR satellite interferometry. Since 1997, he has been a researcher and leader of research projects for the European Commission (EC) at the Joint Research Centre (JRC). Since 2007, he has managed numerous research programmes in developing countries and is the coordinator of EC support to Networks of Centres of Excellence in Water Sciences in Latin America (RALCEA) and Africa (AUDA-NEPAD Centres of Excellence). He coordinated the scientific activities of the EUROCLIMA project for the assessment of the impact of climate change on natural resources in Latin America. He currently leads the JRC's water resources management activities in developing countries and manages the EC's WEFE-AFRICA project. His team is currently involved in research on the NEXUS Water-Energy-Food Security-Ecosystems programme in developing countries (Senegal, Niger, Zambezi, Nile) and coordinates the scientific component of the European WEFE NEXUS-Dialogues programme. 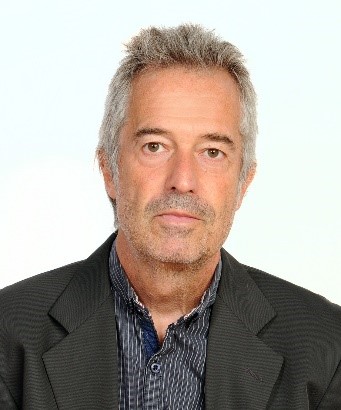 Ezio CRESTAZ holds MSc degrees in Computer Science, GISc and Geological Sciences, respectively from the Un. of Hertfordshire and the MMU (Manchester Metropolitan Un.) in UK and from the Un. of Turin in Italy. He worked as manager, GI Analyst, groundwater modeller and geophysicist at various branches of the ENI (Italian Oil Company) since 1986. Operating in the geothermal, mining, water management, environmental protection and remediation fields, he contributed to local and regional scale corporate and internationally funded (OLADE, UNDP, EC, World Bank) projects in Latin America, Africa, middle and Central Asia and China. He is currently a scientific officer at the EC Joint Research Centre, in charge of management and research in the framework of water related projects focused on WEFE (Water-Energy-Food-Ecosystem) nexus, groundwater modelling and data management, mainly in Sub-Saharian Africa. He has been contract professor in groundwater hydrology and geospatial sciences at various Italian Universities and guest lecturer in GISc at Birkbeck College/UCL, London, in 2010-2013. 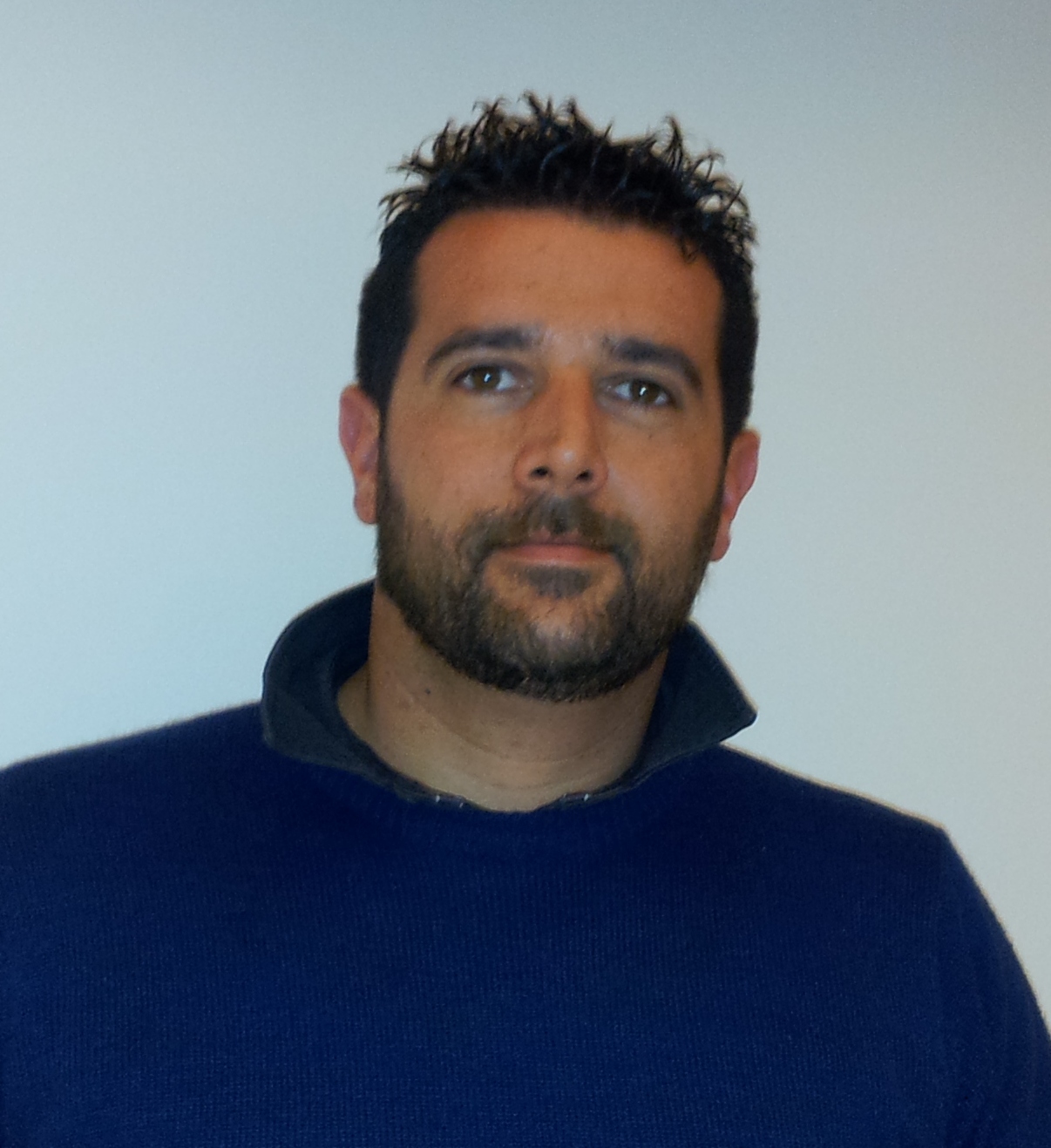 Fabio FARINOSI is a scientific officer at the EC Joint Research Center in charge of research on socioeconomic and bio-physical dynamics in water related issues in developing countries, mainly in the sub-Saharan African region. He holds a PhD in science and management of climate change and a MSc in environmental economics. Prior to joining the JRC, he was research fellow at the Harvard University, where he worked extensively on the assessment of the impacts of deforestation and climate change on water resources in the Amazon, with focus on the consequences for agriculture and hydropower generation in Brazil. Prior to this, he worked as researcher in environmental economics, natural resource management, and disaster risk reduction at research institutions in Europe and Asia. His research interest is focused on the understanding of the physical and socioeconomic processes involved in the water dynamics at regional and basin level, and the consequent implications for an efficient and effective water resources management. 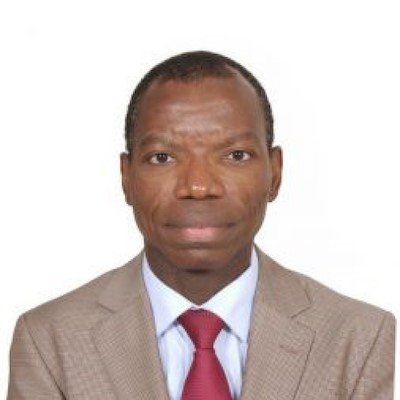 Dr Amani is the Director of the Division of Water Sciences at UNESCO, based in Paris. He is also Secretary of the Intergovernmental Hydrological Programme (IHP). Dr Amani is a civil engineer with graduation from the Ecole Polytechnic of Thies in Senegal (1990). He holds a PhD on civil engineering with focus on hydrology and water resources from Polytechnic of Montreal in Canada (1995). He also holds the title of “Maitre de recherche” which is equivalent to senior researcher or Associate Professor delivered by CAMES (African Higher Education Council). He joined UNESCO in 2006, first as science programme specialist in Accra, Ghana. He later was in charge of IHP for the Sub-Saharan Africa based in Nairobi before moving to headquarters in Paris as Chief of Section on hydrological systems and water scarcity within the Division of water sciences and then Chief of Executive Office of the Natural Sciences Sector. Before joining UNESCO, he worked at AGRHYMET regional centre in Niamey as regional hydrologist, head of water unit and scientific coordinator. He worked for three years for the Institute of Research for Development (IRD) as researcher and visiting scientist. He has been member and contributor of various committees, initiatives, panels for among others: World Water Council (WWC), IPCC and World Water Development Report (WWDR). He has many years of research and teaching and he is author of more than 50 scientific papers. 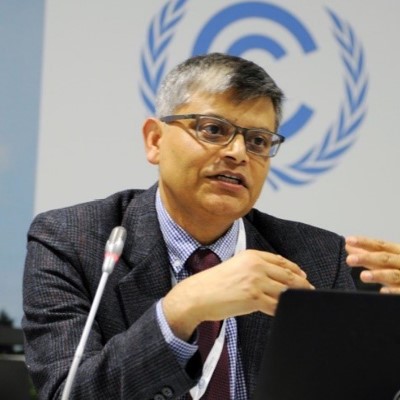