We are thrilled to have celebrated the launch of our latest Open Access journal, Blue-Green Systems at the IWA World Water Congress in Tokyo, Japan this Wednesday, 19 September, 2018. 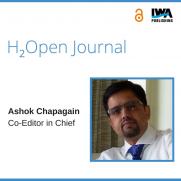 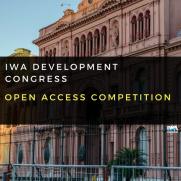 Thanks to the kind support of @CAWQ1967 5 more papers from the Water Quality Research Journal have been made… https://t.co/Wh6AXNYZX4 — 10 hours 56 min ago
RT @BluePapagao: IWA Publishing has worked with @UCYOfficial & @NireasIWRC to provide a free activity for children to work on at hom… https://t.co/nbGr3FlVEu — 12 hours 15 min ago
RT @SylviaNPLima: Hi professor @KenConca, just thought of our classes at @AU_SIS when I read this paper. A legal obligation to adap… https://t.co/kHn0WUToeN — 12 hours 15 min ago