A new blog post from Ole Ersson and Kimberly King, the authors of a new Blue-Green Systems paper!

Ecosanitation, simply put, refers to a paradigm where human excreta (toilet waste) and other compostables such as kitchen and garden refuse, are fully recycled in a process that eliminates “wastes”, ideally produces food, and enhances the health of the entire ecosystem. It is common sense that all societies should strive to have fully workable ecosanitation systems.

Lately, however, the ecosanitation news has been dominated by themes such as:

Most commercial systems as well as widespread third world paradigms fail due to technical reasons such as due to inadequate sanitization or poor user acceptance.
The failure of promotion of much simpler and more workable and practical appropriate technology versions of ecosanitation systems due to fear of poor acceptance.
The “re-invented” toilet such as that developed at Caltech that can cost upwards of $15,000 for a prototype.

The Kailash Ecovillage Project shows how a simple and inexpensive ecosanitation system can be thoughtfully implemented in even wealthy world locales used to water-based flush toilets and off-site transport and processing of other organics with high user acceptance and excellent performance. Container-based sanitation, with thermophilic processing, costing just $200 per user, and only $50 per toilet, is a system that has successfully been turning excreta into fertilizer for valuable foodstuffs such as organic berries, fruits, grapes, and vegetables such as asparagus, artichokes, squash, sweet corn, beans, and greens such as kale and spinach in a small North American community for over five years.

In a sense, this system represents the bicycle of ecosanitation, affordable to, and maintainable by, every society on the planet. In contrast, the Western high-tech paradigm using water-based sanitation – with estimated costs of almost $9,000 per user for a system that typically degrades local aquifers – or the proposed $15,000 toilet – is less likely to become available to the masses. 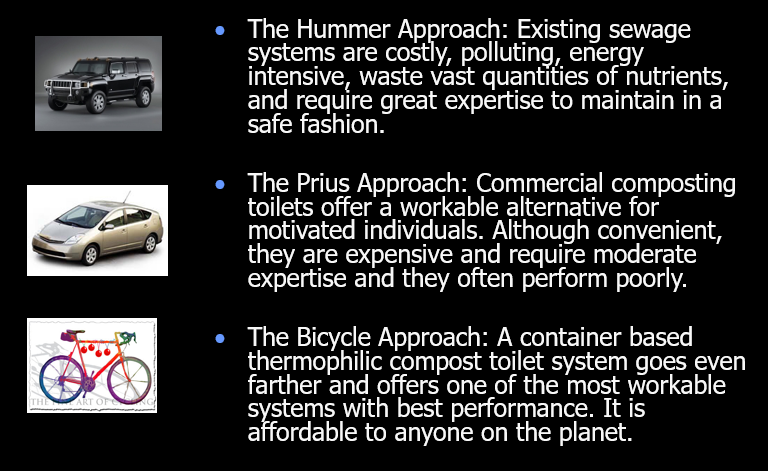 Earth demands a one planet solution now, not decades hence.

The city of Portland, Oregon, USA, has deemed Kailash’s $50 standalone commode to be a legal replacement for any flush toilet in its jurisdiction. Plumbing permits are only needed for modification of the plumbing system or for construction of a compost processor or other infrastructure. Portland’s Bureau of Emergency Preparedness has also approved a version of this appropriate technology for when the centralized sewer grid is no longer functional. 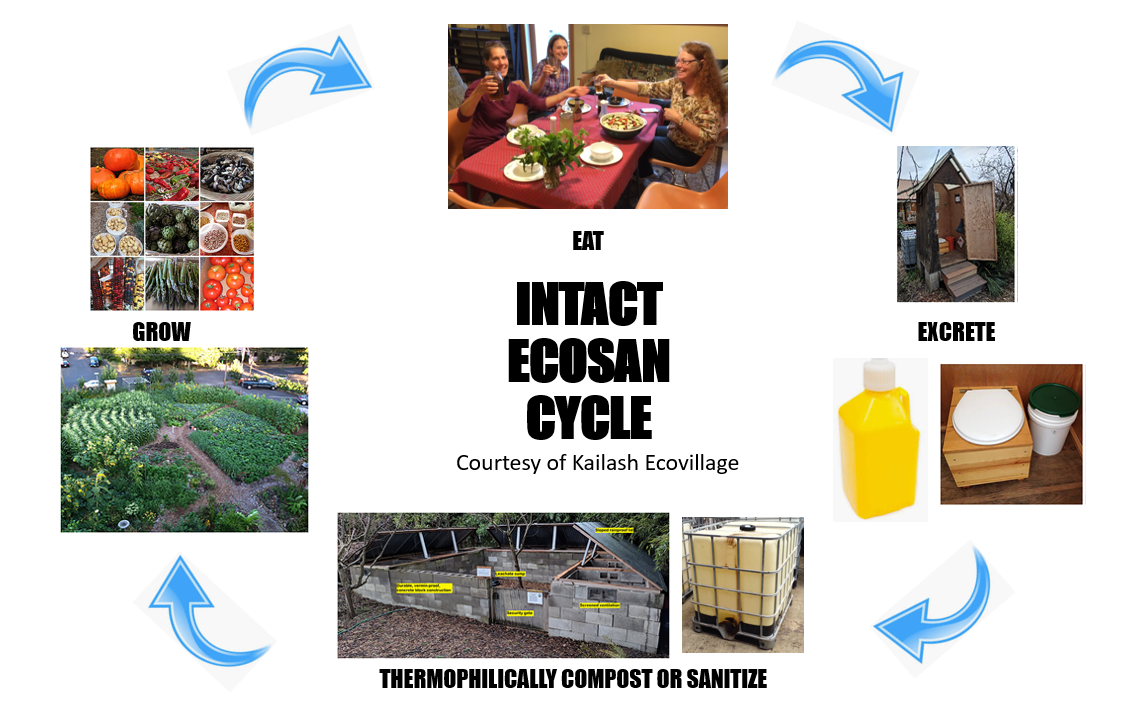 Trending Article in Water Policy 📈 "A comparative study of various parameters of drinking water quality in Shahrou… https://t.co/gG4SurLp4c — 4 hours 36 min ago
RT @IWAHQ: 📅 Nominations are closing soon on 27 May for the IWA #Gender Diversity and Water Award. 🏳️‍🌈 Find out more and su… https://t.co/30Q0dtVeZp — 11 hours 34 min ago
🚨Final few days to submit to this Special Issue of #Hydrology Research! Check out the #CallForPapers for suitable… https://t.co/y8LfmGzRfc — 1 day 5 hours ago