Disaster Management is a strategic planning and procedure that is administered and employed to protect critical infrastructures (also known as "critical assets") from severe damages when natural or human made calamities and catastrophic even occur. In the United States, Executive Order 13407 is established as policy for the United States to have an effective, reliable, integrated, flexible, and comprehensive system to alert and warn the general public, which is called "Integrated Public Alert and Warning System (IPAWS) (FEMA, 2011).  In the later year of 2010, Europe started to develop a strategic National Disaster Management after so many natural catastrophes happened in the year of 2010. According to European Academy (2010), there are 725 extremely weather phenomena caused billions of Euro damage and thousands of people's life.

Disaster management plans are multi-layered and are aimed to address such issues as floods, hurricanes, fires, bombings, and even mass failures of utilities or the rapid spread of disease (John, 2004). The disaster plan is likely to address such as important matters as relinquishing people from an impacted region, arranging temporary housing, food, and medical care (John, 2004).

There is no country that is immune from disaster, though vulnerability to disaster varies. There are four main types of disaster (WCPT, 2010):

Emergency Management is the generic name of an interdisciplinary field dealing with the strategic organization management processes used to protect asses of an organization from hazard risks that can cause disasters or catastrophes, and to ensure the continuance of the organization within their planned lifetime (Haddow and Bullock, 2003) (see Figures 1 through 4). 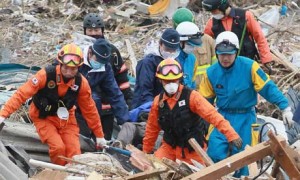 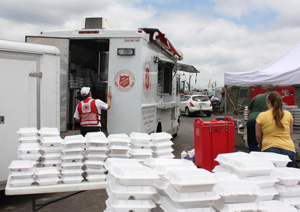 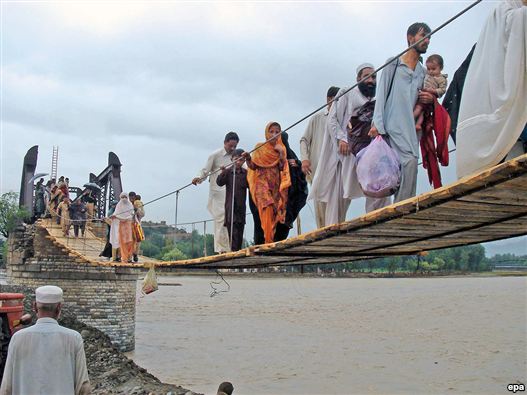 The United States Department of Homeland Security (DHS) and the Federal Emergency Management Agency (FEMA) have resilience and prevention efforts, initiatives, and programs as part of Emergency Management. Resilience defines the goal of mitigation, preparedness, response, and recovery; which is the capability to recover from catastrophe or misfortune.  Prevention is totally avoiding danger or risky events.

Mitigation is the effort to reduce loss of life and property by lessening the impact of disasters (FEMA, 2010).  FEMA's Federal Insurance and Mitigation Administration (FIMA) manages the National Flood Insurance Program (NFIP) and imprements a variety of programs authorized by Congress to reduce losses that may result from natural disasters (FEMA, 2010).

Preparedness is way of mitigating unwanted outcome and it is one of the crucial actions in achieving safety and security in the event of calamities, disasters, and terrorism (Doro-on, 2011).

An emergency response plan must provide the resources and information needed to evaluate the human and environmental health impacts of the event, assess and reduce human exposures to contaminants, and develop science-based strategies for remediation and rebuilding (NIEHS, 2011).

Once immediate lifesaving operations are accomplished, the focus changes to assisting the critical infrastructures involved in the incidents and recovery (Doro-on, 2011).  Recovery efforts are primarily concerned with actions that involve rebuilding destroyed property, re-employment, and the repair of other essential infrastructure (Haddow and Bullock, 2003).

Various types of tools are available to assist emergency response team and professionals. In 2009, the US Agency for International Development created a web-based tool for estimating populations impacted by disasters. Called Population Explorer the tool uses Landscan population data, developed by Oak Ridge National Laboratory, to distribute population at a resolution 1 km2 for all countries in the world (Wikipedia, 2011). Used by USAID's FEWS NET Project to estimate populations vulnerable and or impacted by food insecurity, Population Explorer is gaining wide use in a range of emergency analysis and response actions, including estimating populations impacted by floods in Central America and a Pacific Ocean Tsunami event in 2009 (Wikipedia, 2011).

The United Nations (UN) has programs to assist any nation on mitigating the effect of disasters and enhancing the capacity of training institutions and government to develop strategic plans for disaster management.  UN provides guidelines and policies for Disaster Risk Reduction (DRR).

Red Cross/Red Crescent (RC) provides a web-based tool for their personnel including disaster trends, tools, and databases. RC has standard operating procedures to aid affected areas during disasters. Also, the provide immediate funding and food supplies for victims of poverty and disasters as depicted in Figure 5. 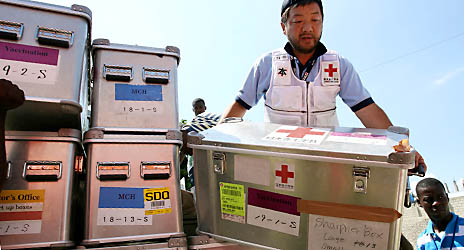 World Bank has provided supports for disaster management to countries affected by major disasters. These include post-disaster reconstruction projects, as well as projects with components aimed at preventing and mitigating disaster impacts, in countries such as Argentina, Bangladesh, Colombia, Haiti, India, Mexico, Turkey and Vietnam to name only a few (World Bank, 2011).

(Source: Wikipedia-Emergency Management) - Since 2001, the EU adopted Community Mechanism for Civil Protection which started to play a significant role on the global scene. Mechanism's main role is to facilitate co-operation in civil protection assistance interventions in the event of major emergencies which may require urgent response actions. This applies also to situations where there may be an imminent threat of such major emergencies.  The heart of the Mechanism is the Monitoring and Information Centre. It is part of Directorate-General for Humanitarian Aid & Civil Protection of the European Commission and accessible 24 hours a day. It gives countries access to a platform, to a one-stop-shop of civil protection means available amongst the all the participating states. Any country inside or outside the Union affected by a major disaster can make an appeal for assistance through the MIC. It acts as a communication hub at headquarters level between participating states, the affected country and despatched field experts.

EU depicted in Figure 6 the breakdown of the general disaster management phases and shows interaction between these activities (Flood Management Practice in EU, 2007). 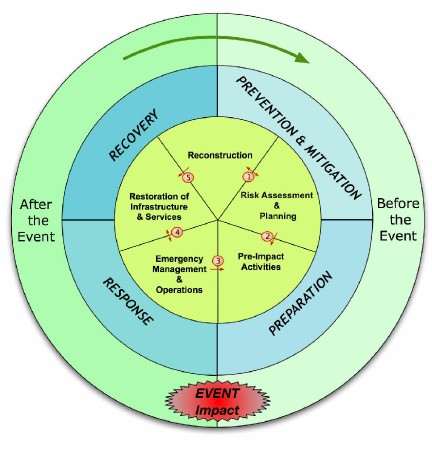 The International Recovery Platform (IRP) was conceived at the World Conference on Disaster Reduction (WCDR) in Kobe, Hyogo, Japan in January 2005. As a thematic platform of the International Strategy for Disaster Reduction (ISDR) system, IRP is a key pillar for the implementation of the Hyogo Framework for Action (HFA) 2005–2015: Building the Resilience of Nations and Communities to Disasters, a global plan for disaster risk reduction for the decade adopted by 168 governments at the WCDR. (Source: Wikipedia)

European Academy.  2010. National Disaster Management in Europe has to be Improved.

🐸This #WorldWetlandsDay, why not check out our #Wetlands Special Issue currently open in both Blue-Green Systems an… https://t.co/3kpNNaz7Oj — 3 days 56 min ago
📣#CallForPapers The deadline has been extended to submit to 'Next Generation #Hydroinformatics Applications in Wat… https://t.co/gUvrT2q6j9 — 3 days 4 hours ago
Today is #WorldWetlandsDay We are losing wetlands three times faster than forests. Something must be done. Take… https://t.co/FLMwEGvaol — 3 days 6 hours ago