Waterborne diseases are caused by pathogenic microorganisms which are directly transmitted when contaminated fresh water is consumed. Contaminated fresh water, used in the preparation of food, can be the source of foodborne disease through consumption of the same microorganisms. According to the World Health Organization, diarrheal disease accounts for an estimated 4.1% of the total DALY (diability-adjusted life year)  global burden of disease and is responsible for the deaths of 1.8 million people every year. It was estimated that 88% of that burden is attributable to unsafe water supply, sanitation and hygiene, and is mostly concentrated in children in developing countries.[1]

Waterborne disease can be caused by protozoa, viruses, or bacteria, many of which are intestinal parasites.

Even before the establishment of the Germ theory of disease, traditional practices eschewed water in favor of beer, wine and tea. In the camel caravans that crossed Central Asia along the Silk Road, the explorer Owen Lattimore noted "The reason we drank so much tea was because of the bad water. Water alone, unboiled, is never drunk. there is a superstition that it causes blisters on the feet."[2] 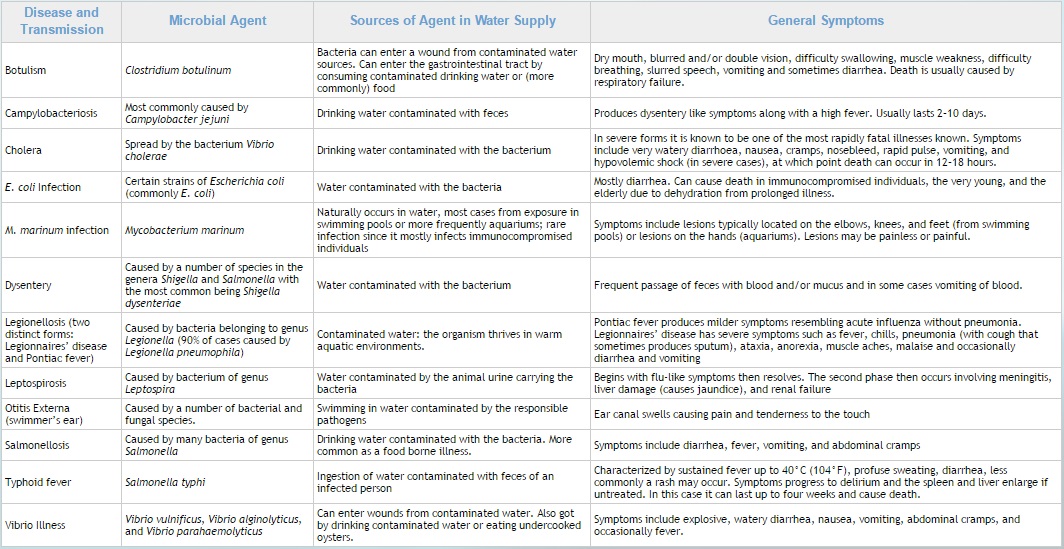 🐸This #WorldWetlandsDay, why not check out our #Wetlands Special Issue currently open in both Blue-Green Systems an… https://t.co/3kpNNaz7Oj — 3 days 1 hour ago
📣#CallForPapers The deadline has been extended to submit to 'Next Generation #Hydroinformatics Applications in Wat… https://t.co/gUvrT2q6j9 — 3 days 5 hours ago
Today is #WorldWetlandsDay We are losing wetlands three times faster than forests. Something must be done. Take… https://t.co/FLMwEGvaol — 3 days 7 hours ago